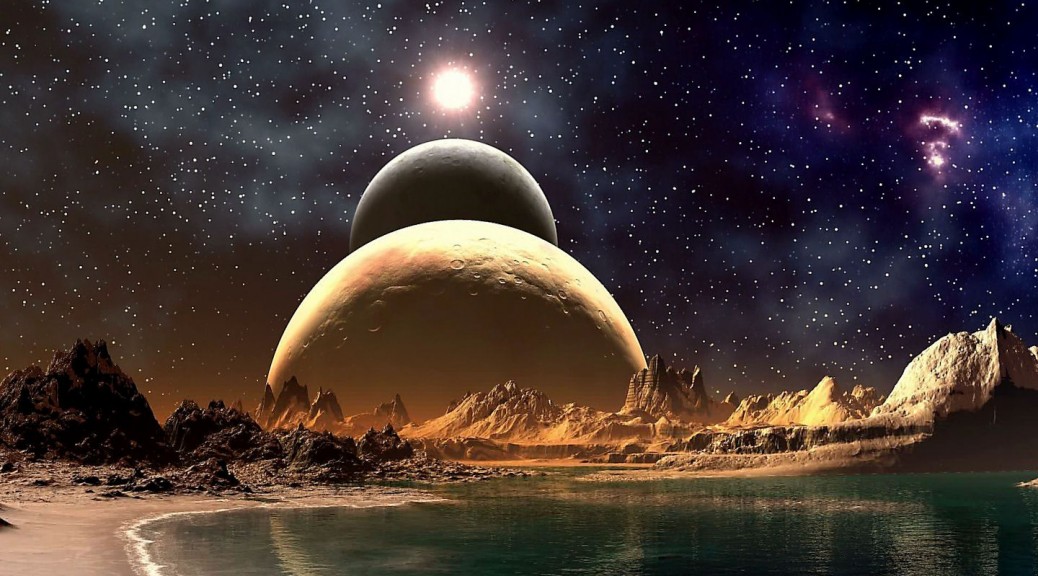 Over on Esquire.com, there’s a list of the best science fiction films of all time, supposedly as determined by a survey of scientists. Their list:

I have a bit of a problem with this list.

First off, it seems I tackled this subject, rather anemically, back in 2007 with this article.  I didn’t do a good job.  So let’s try again.

My problem begins with the author’s definition of “scientist”, which is never clarified.  Do a bunch of undergrads doing a summer gig in someone’s lab qualify?  How about a social scientist?  Clearly, the biases of one’s training will manifest in one’s entertainment tastes.

I’m a scientist.  I’m an Epidemiologist, a professor in Health Sciences, with degrees and advanced training in Physics, Physiology, Neuroscience, and Anthropology/Archaeology.  An eclectic mix, I know.  But it leads, perhaps, to a slightly different take on what constitutes good science fiction.

I try to avoid overtly defining science fiction.  But, if pressed, I would argue that SF involves a fictional narrative that depends upon an existing science, a projected science, or a theorized science.

If the science (or, more commonly, the technology) is merely a backdrop for a story, then it’s not truly SF.  I believe it was Isaac Asimov who most publicly argued this, saying something to the effect that if you’re writing a murder mystery on an alien planet, and there’s nothing about the alien planet that is critical to the story, then why bother putting it on an alien planet in the first place?

By this argument, I argue that Star Wars is not SF, but rather simple fantasy.  There is nothing about the basic story of Star Wars that would not allow it to take place in the Old American West, ancient Rome, or modern Bulgaria.  It’s just the story of a farm boy who rescues a girl, and enlists to fight in a big war.  The SF elements (robots, space ships, alien worlds) are there for window dressing.

The one caveat is “The Force”, which is not something one ordinarily comes across, but which really reflects religion more than science.  Add to that the fact that the technology behaves conveniently to forward the plot, and is not consistent with an overall technological framework, and Star Wars can be easily understood to be fantasy, and not even high fantasy.  Example: it is not described how space ships are able to travel faster than light, just that they do, otherwise there would be no galactic empire and you couldn’t place the story in outer space.

Contrast that scenario with that of Blade Runner, a movie that is all about whether synthetic people are indeed human begins.  The story is simply not possible without the science fiction element of synthetic people.  It is therefore most definitely an example of SF in its best traditions.

Star Trek, the franchise, straddles many genres simultaneously.  Of the TV show episodes, many were classic SF, with stories based entirely around a nuance of fictional science.  Others were outright political fantasy, with stories that could take place as comfortably in my living room as they would on the bridge of an interstellar spaceship.

For some reason, as well, as a society we’ve conflated “science fiction” with “action”.  I’ve never understood this.  The best SF has never been about guns and explosions, just as the best films in general have been about character development and, often, philosophical import.

With that said, here’s my list of the top 5 best science fiction films ever.  Obviously, I’m biased toward those I’ve actually seen (duh) and toward those produced in English.  My criteria are vague and are based entirely on my own tastes, but they include: (1) Is it really SF? (2) Is it well acted, well produced, and well written? (3) Did it leave me thinking about grander issues, in the tradition of the best SF?

5. Gattaca: The name of the film is based upon the three letters that code for the nucleobases of DNA.  It’s about a future society in which everyone is genetically engineered.  The science is plausible, though fictional.  The strength of the story is in its depiction of how individuals and society might react to the creation of enhanced people: would our innate classism extend to this new opportunity to divide humanity into castes?  And would that mean that those of the lower castes, those unenhanced, would not have innate and extraordinary qualities.  It’s not a perfect film, as its messaging was a bit blunt. But I always appreciate a smart SF film that is not an overt action thriller, and this one definitely is not.   I would say it’s a must-see for anyone interested in genetics.

4. Things to Come: This film is not well known to modern audiences.  It was made in 1936 and based on the 1933 story by H.G. Wells called, The Shape of Things to Come.  In both versions, the future history of humanity is laid out over centuries as a discussion of how our societies will evolve alongside coming technologies.  As a bravura exercise in prescience, the story predicts helicopters, technocracies, world wars, and a Moon landing.  But its greatness is in how it allows those developments to reflect upon the evolving self-perception of human beings.

3. Contact: The book by my boyhood science hero, Carl Sagan, was moving.  The film departs slightly from some of the plot details, but is tremendously well realized.  Again, this is not an action film.  But the science is pivotal to the narrative: how would aliens contact us, how would be respond, how would dialogue between two unrelated species manifest, and what are some of the repercussions for humanity’s belief systems?

2. Blade Runner: While ostensibly an action movie, the core of this story was written by master SF author Philip K. Dick.  It’s a meditation on two important questions: (1) as in all Dick’s stories, how can we be certain we are what and who we think we are; and (2) what does it really mean to be a human being, when we create synthetic, feeling and thinking versions of human beings?

1. 2001: A Space Odyssey – Obviously this was going to be my number one choice.  This is not a mindless action film, but there are moments of genuine physical tension and fear for the bodily integrity of the characters.  In terms of SF qualities it has it all: realistic visions of the future, philosophical intrigue surrounding extraterrestrial intelligence and how communicating with them might appear, and some exploration about the behaviours and fallibility of artificial intelligence. Being written by Grandmaster Arthur C. Clarke, and directed by the greatest filmmaker in history, Stanley Kubrick, doesn’t hurt.

Some honourable mentions: Robocop, Forbidden Planet, Fantastic Voyage, Ghost In The Shell, The End of Evangelion.