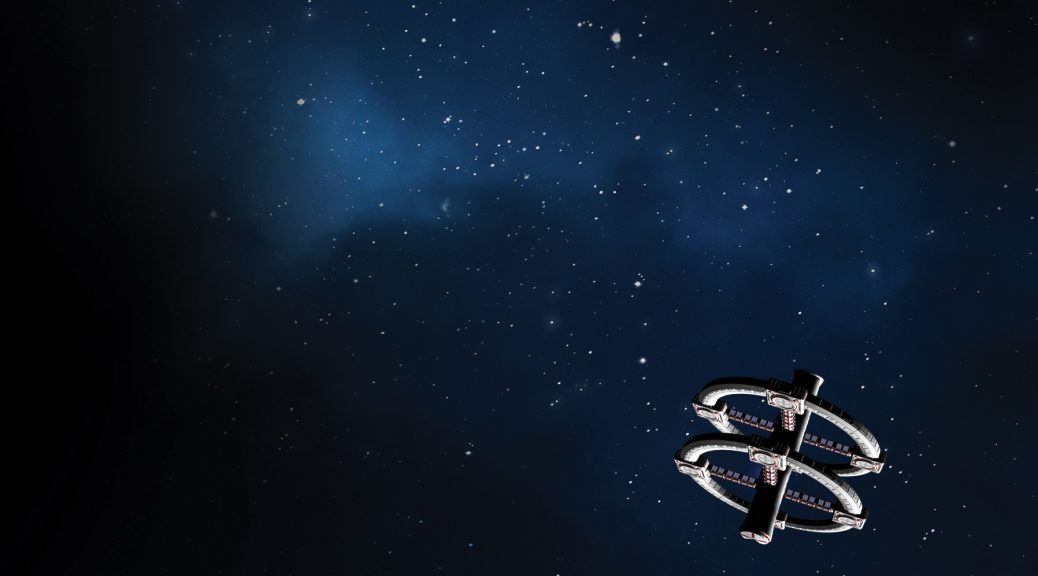 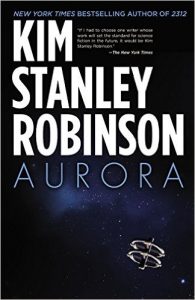 It’s been a while since I’ve been able to totally immerse myself in a novel. You know that feeling –sneaking minutes on the bus, in the toilet, in bed, in between work tasks– anything to get that next little hit of sweet narrative. As I’ve aged, fewer books can draw me in so completely. So it’s been a joy to ravenously consume the latest offering by Kim Stanley Robinson, an epic tale of interstellar travel.

This was my second attempt to read Aurora. In an effort to carve out more reading time for myself, I invested in the latest Kindle model, to remove every last disincentive from reading. And, frankly, that’s all it took. You know the reading experience has been worthwhile when you feel you’ve learned something, either factually or conceptually; and Aurora offers both types of learning.

Kim Stanley Robinson has become one of the most reliable, scientifically robust, and impressive modern science-fiction authors. His Mars Trilogy is a contemporary masterpiece. He has won all the major genre awards, and The Atlantic says that he is “the gold-standard of realistic, and highly literary, science-fiction writing.”

He really is that good. He invests in scientific accuracy, but not as an end unto itself, but as a sweetener for the politics of human interaction. He also has an annoying tendency to get distracted from the main plot, to go into excruciating detail about some bit of scientific trivia or ephemera. This is his style, and some love it. For me, it’s something to be tolerated.

He also clearly has something of a fetish for governance. Both Aurora and his Mars Trilogy spend an inordinate amount of time and space describing ways of organizing people into political bodies, often simplistically. And while I would like to dismiss this tendency as slightly naive, I see its value in at least getting us to think about some of the more human challenges to galactic expansion. So many other efforts are focused on barriers of science, technology, economy, or political will. Only Robinson suggests that more fundamental issues of small-scale human organization would prove an impressive impediment to be bested.

Aurora tells the tale of a multi-generational starship, launched from our solar system to the star Tau Ceti, 12 light years away, on an ambitious colonization mission. The voyage takes 200 years, meaning that the people tasked with actually building an extrasolar colony are not the same ones who chose to imprison themselves in a space ark in the first place. And that is one of the more subtler themes that percolate through this sprawling tale: the nature of choice. Who gets to decide? How do you devise an effective government when life-or-death decisions must be made by an entire population? What is the role of force in such a scenario?

It’s a difficult story to summarize in a mostly spoiler-free way. The bulk of the tale is set on the actual starship, which is a marvel of accessible technologies: multiple ecological biomes built to replicate ecologies on Earth (tundra, dessert, mountainside, plains, etc) are carefully managed by robotic caretakers to ensure total recycling of resources, all overseen by a quantum computer Artificial Intelligence. It is this AI who is the most common narrator of the story, and whose perspective is, for my money, the most interesting.

When asked to summarize the story of the voyage, the AI must be instructed in how to structure a narrative, something that Robinson struggles with a bit, as well. “A narrative account focuses on representative individuals, which creates the problem of misrepresentation by way of the particular overshadowing the general,” the AI is told.

There is a subtle mystery that is lightly woven through the narrative. Something happened in year 68 of the voyage, and all records and memories of that event have been deliberately deleted from the voyagers’ collective memory. But the mystery, while thematically relevant, is ultimately ancillary to the main thrust of the tale, which is that these 2000 voyagers must attempt to colonize Tau Ceti. And if they fail… then what? What options remain to them?

Every portion of this book is gripping (except the final chapter… which I will get to in a moment.) The first Act paints a enthralling picture of the technological wonder that is a multi-generational space ark.  It is a slow, thoughtful telling that hearkens to the intellectual tales of the Golden Age, of Arthur C. Clarke and Robert Heinlein.

There is a tendency among the single-minded science-fiction community to focus with annoying detail on the technolgical specifics of a given tale, something I will not do here. If you’re curious, Aurora has been well dissected by space travel professionals, as in this analysis.

Of more interest to me is the question of human adaptation and evolution. What human cultures have arisen in the depths of isolated interstellar space? How has biology sustained itself? One of the ship’s subcultures has, for example, chosen to live like Ice age nomadic peoples, culminating in a terrifying ceremony for young initiates in which the truth of their spaceship-world is revealed to them by way of a spacewalk.

The second Act tells of their arrival in the Tau Ceti system. This is where my own imagination was most piqued. What does a truly alien world look like? How would it feel to walk the shores of a genuinely alien beach, with a foreign sun in the sky? How does it feel to have lifeless, alien winds batter your face, with a gravity that is weaker than Earth’s, a day that is longer, and a sun that is brighter and a different colour? How does the human body and the human spirit respond to an existence in a solar system in which it did not evolve?

A trip to the Moon or to Mars would be a genuinely fantastical experience. But a voyage to another star is to truly leave the human creche. It is a stultifying thought, an existential challenge to consider, especially when one factors in the implicit dangers and the expedition’s incomprehensible distance from help.

As is described in the book, if the distance from Earth to the Moon is one metre, then the distance to Tau Ceti, 12 light years away, is 750 kilometres.

The third Act involves a human, political crisis that I will not describe in this review, as it ventures too deep into spoiler territory. It is mildly disappointing in that narrative attention is drawn from the natural wonder that is the worlds of Tau Ceti. No matter how critical the human drama, petty politics and civil strife cannot compare to the import and beauty of alien planets and ecosystems.

But it is the third Act where Robinson has reserved his strength to flex his hard sci-fi narrative muscles. He has since revealed that he engaged in deep consultation with NASA specialists to ensure that this part of the tale was as close to realistic as possible. In it, he dons once more the narrative voice of the AI, as a space ship travelling at one tenth the speed of light must find a delicate navigational solution to the problem of decelerating into a solar system. It is a hair-raising high-speed action piece undertaken over light years, told through the voice of a subtly evolving intelligence.

And I wish it had ended there.

But instead we are shown a  disappointing, almost depressing fourth Act, which lays bare the spiritual and psychological failings of the human animal. It features a final chapter whose purpose is clear to me, though its execution is slow and overly detailed. It describes a trip to the beach by one of our interstellar voyagers, told through tortured, slow metaphor.

But here is the essence of Robinson’s message: it is a mistake to colonize the stars. It cannot be done. We cannot live on dead worlds. And living worlds will be poisonous to us. We have but the Earth, and it is all that we will ever have.

Depressing, yes. And, despite some faltering, it’s definitely an excellent read.

3 thoughts on “Review of Aurora by Kim Stanley Robinson”