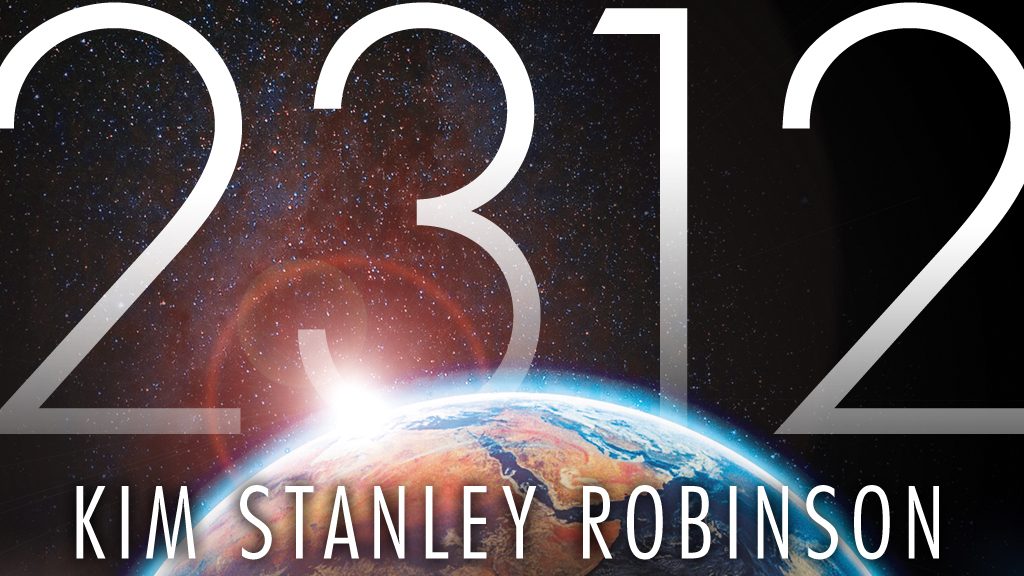 I used to adore reading fiction. Like many of you, I was one of those kids who would gladly sacrifice his eyesight to fill his imagination with one more sprawling story.  It’s why I eventually became a writer: novels are jewels in this life, timeless packages of virtual reality.

But with my advanced age, and with so many distractions in modern society, I can barely manage to read half a chapter of a novel in a given evening. It takes a truly gripping and fanciful tale to draw me in. And for me, that means smart, world-expanding, and scientifically grounded science fiction.

The last novel that truly captured my imagination was a flawed outing by a man whom I consider to be one of the only two true living Grand Masters of science fiction; (my apologies to other authors, still breathing, who have been granted that title– no disrespect is intended.)  That man is the awesome Kim Stanley Robinson, he who crafted the awesome sprawling tale of the colonization of Mars, and the equally impressive story of humanity’s first interstellar colony ship. (The other true Grand Master is, of course, Larry Niven, whose prose suffers from…. issues.)

As one interviewer put it, a new Kim Stanley Robinson novel is a major cultural event in some circles. When he gets it right, his vision lingers with a reader for years.  2312 is not a new novel, but one that I had skipped in favour of consuming Aurora first.  (The latter appears to be set in the former’s universe.) Much like the much more dour and ambitious Aurora, the feel of 2312 is a memory I cannot shake, though I read the dang thing months ago.

It’s been so long since I’ve read the book that I won’t attempt to describe its specifics, but only its general tone, theme, narrative, and what impression it has left with me.  Frankly, as an author, this is how I would like my own books to be digested. If you, as a reader of this review, find this approach limiting, all I can say is…. meh.

Why care about this book? This is a novel by Kim Stanley Robinson, for my money the greatest living science fiction writer in the world. That should be enough.

But beyond paying obeisance to a profound spinner of yarn, 2312 represents an accessible, likely, and somewhat optimistic view of the relatively near future. This is the kind of story in which I can immerse myself, due solely to the thickness and richness of its setting. I was cast back to my teenaged self, dreaming of an accessible future of wonder and adventure.

What is this fantastical setting?  It’s our solar system, effectively and realistically colonized once Climate Change has rendered the Earth a largely unpleasant home world. Venus is in the throes of terraforming, while Mars is almost there.  Jovian and Saturnian moons boast sustainable settlements. The outer edges of our system are fed by sunlight beamed directly from Vulcanoids, those tiny rocks that orbit our Sun inside the orbit of Mercury.

And it’s Mercury that is surprisingly the engineering gem of the macrocosm.  Given that the terminator brings molten death with every sunrise, the human city on the planet closest to the Sun must remain in continuous motion, rolling on humongous treads away from the dawn.

The diversity of human environments has given rise to a diversity of human cultures and even human physiologies. On Mercury, the standard meditative activity is to walk across the planet’s surface, always keeping ahead of the sunrise, stopping only to wait to re-board the trundling city.  Mercurians are tall and lithe, while residents of Titan are short and squat; and all manner of intermediary human body types arise, as well.

For me, one of the more imaginative aspects of this macrocosm is what Robinson calls terraria. These are hollowed out asteroids, numbering in the tens of thousands, in which humans have created ecologies to preserve Earth’s failing ecosystem.  They criss-cross the solar system, providing a ready transitway for easy travel between worlds, much like Buzz Aldrin’s proposed cyclers.

Artistically, the terraria provide an opportunity for creative expression, each one potentially representing not just an extant ecology, but a fanciful one, as well. Here is an artist’s rendition of what a terrarium might look like:

The terraria would prove to be a crucial minor plot point as our protagonists decide to attempt to rehabilitate Earth’s natural environment.

The plot of the story is rather banal, I am sad to report. A mysterious agent is launching attacks against settlements across the solar system. A key figure on Mercury has been assassinated. Her granddaughter, named Swan, is pulled into the investigation.

But the mystery is casually treated and is not the focus of this exposition. Rather, it’s the world building that is the star. Robinson delves in exquisite, flamboyant detail about the reclamation of Florida, surfing the rings of Saturn, spelunking the caves of Mercury and the hovels of Venus.

The protagonist, Swan, is rather unlikeable and without much merit, and it baffles me why other characters defer to her pointless involvement. Swan is an artist and self-centred seeker of experiences, perhaps a good point of view for a reader/tourist in this world, but someone whose lack of relatability limits the type of narrative investment that I typically seek in a novel.

Robinson’s books, though, are not known for their engaging plots, though they surely do not suffer in that regard.  Rather, his narratives are props against which his ideas for social engineering are presented.  In the Mars trilogy, for example, he dedicates chapters to describing how the multinational corporations became transnationals and eventually meta-nationals, and how they could play a role in Martian political independence.

In 2312, the economic framework in which Robinson plays is the Mondragon, which is presented as a workable alternative to competitive capitalism, but only if controlled by a seemingly autonomous network of quantum computers.  And it’s this network that provides the driver for the story: do they have an agenda?

There are many elements of 2312 that have since been copied, either intentionally or otherwise, by other science fiction products.  The Expanse comes to mind. Based on a series of novels, The Expanse is, for my money, one of the greatest and smartest science fiction TV series ever produced. But the solar system of The Expanse resembles to an uncomfortable extent, that of 2312.  The political tension between Earth, Mars, and the other settlements are but one shared feature. And both narratives feature a critical scene that is eerily similar: a mysterious figure, without a space suit, attacking a facility on the surface of a Saturnian moon.  Coincidence?  You be the judge.

But one feature of 2312 is quite apart from The Expanse, and is more memorable than either the novel’s remarkable world or its unremarkable plot, and that is its characters’ sexuality.

In many of Robinson’s novels, he requires his characters to be unnaturally long lived. This is so he can tell sweeping stories lasting decades and possibly centuries, without his characters suffering death, decay, or profound life changes. In the Mars trilogy, this was accomplished through the convenient discovery of a pharmacological longevity therapy. In Aurora, it was through suspended animation. And in 2312, longevity is achieved through a series of medical enhancements and biological modifications.

Among those modifications is a movement toward gender unspecificity. Robinson argues that those who seek such fluidity are better suited to the unusual stressors of life beyond Earth. As a result, his protagonist Swan, ostensibly a woman, also has a functional penis. Her lover Wahram, ostensibly a man, also has a womb and has borne children. Robinson’s treatment of pansexuality is jagged at first, but eventually melts into the grander panoply of his dizzying and complicated universe.

For newcomers to science fiction, 2312 is not a great jumping off point. The lightness of plot and diversity of speculative science can be unbalancing. But for seasoned devourers of the genre, the novel is deliciously rich and well worth a browse.

4 thoughts on “Review of 2312 by Kim Stanley Robinson”