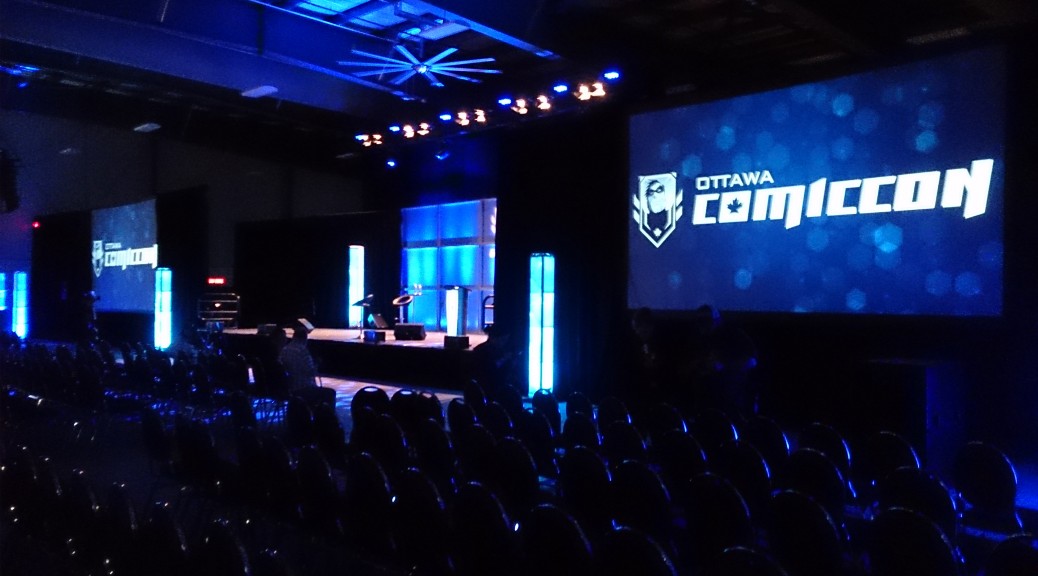 Ottawa Comiccon is a popular culture convention held each May at Ottawa’s EY Centre.  Since 2012, it has been a forum where people of all ages can gather to share their passions for science fiction, horror, anime, video games, tabletop games and comic books.  Programs are wide ranging and consist of a variety of activities.  This year’s event included:

Why is this a thing?

Simply put, it is a place where people go to be themselves.  (Even if “themselves” means dressing up as Groot).   It is a place for our inner child, and our children.  To borrow from Mikey Neumann, these things we like were built into incredibly impactful slices of our lives.  They remind us of the time we spent on the couch where we watched or read the very first thing that truly captured our imagination.  We are reminded of all the time spent running round the back yard pretending to be characters in films, TV shows, books, games or comics.  These things can surprise us and create in us such feelings, feelings that we carry with us in every moment of every day.

Why am I telling you this?

It was my cabbie.

My wife left for a business trip Saturday evening.  I had to leave the con a little early to get home to see her off and put the boy to bed.  A cab seemed prudent, given the OC Transpo commute time.  I emerged from the building with several hundred people – half of whom were in costume of one kind or another.  There was a single cab sitting at the taxi-stand out front.  I climbed in with my backpack and con-bag, told him where we were headed and gratefully sat back in my seat.  As we pulled out of the EY Centre’s driveway the driver asks, “So, what is going on here?  Why is everyone dressed like this?”  I stammered my way through an explanation.  He had never heard of a pop-culture convention.  Judging from the look on his face, I’m doubtful my explanation made things any clearer.

Over the next few days I propose to share a little of my experience at this year’s con.  Maybe it will convince someone to attend one – at the very least I hope the photos are enjoyable!